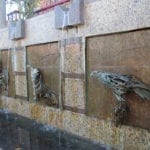 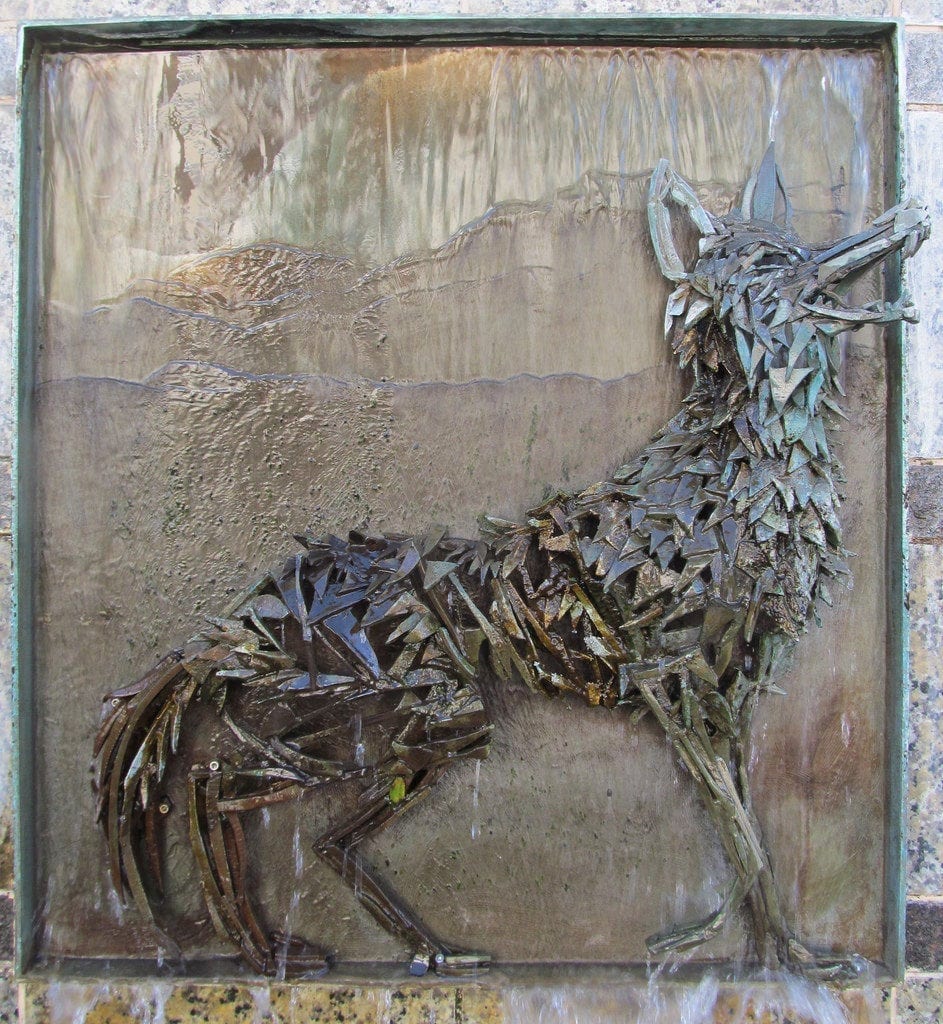 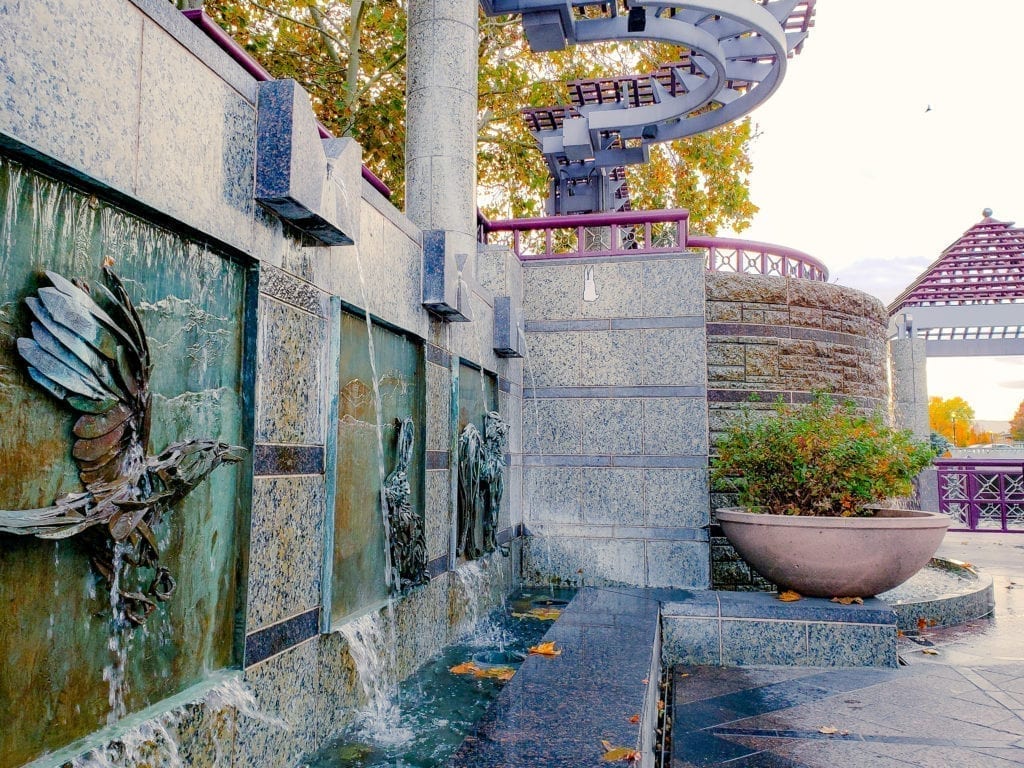 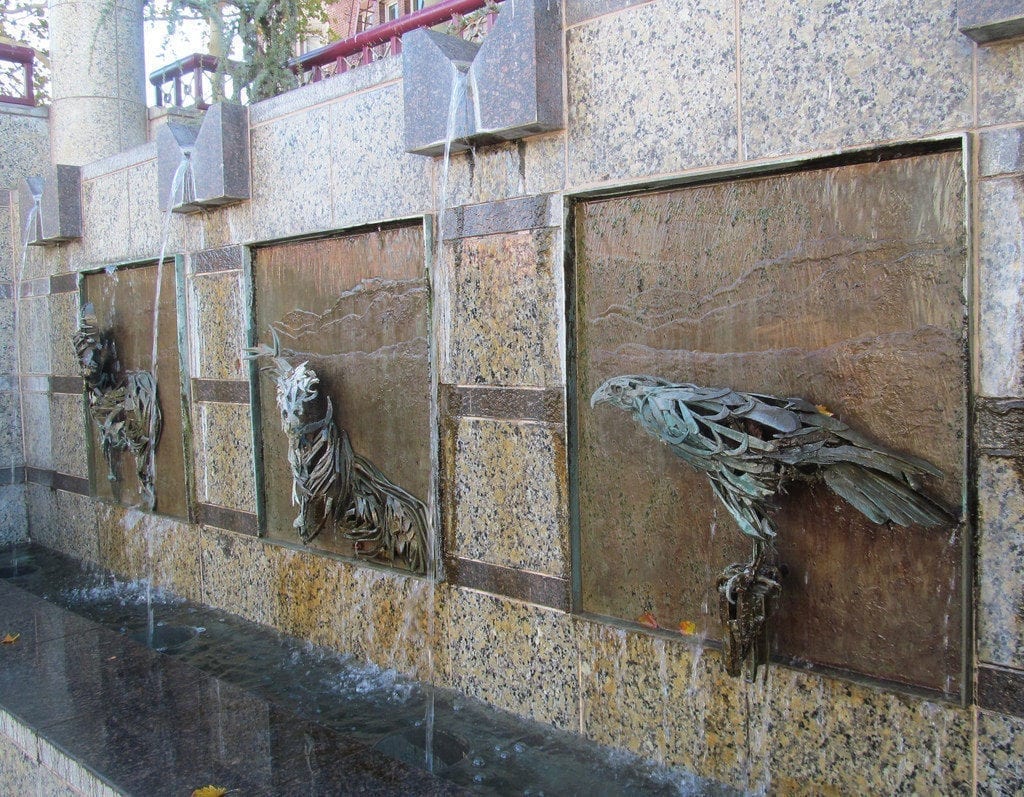 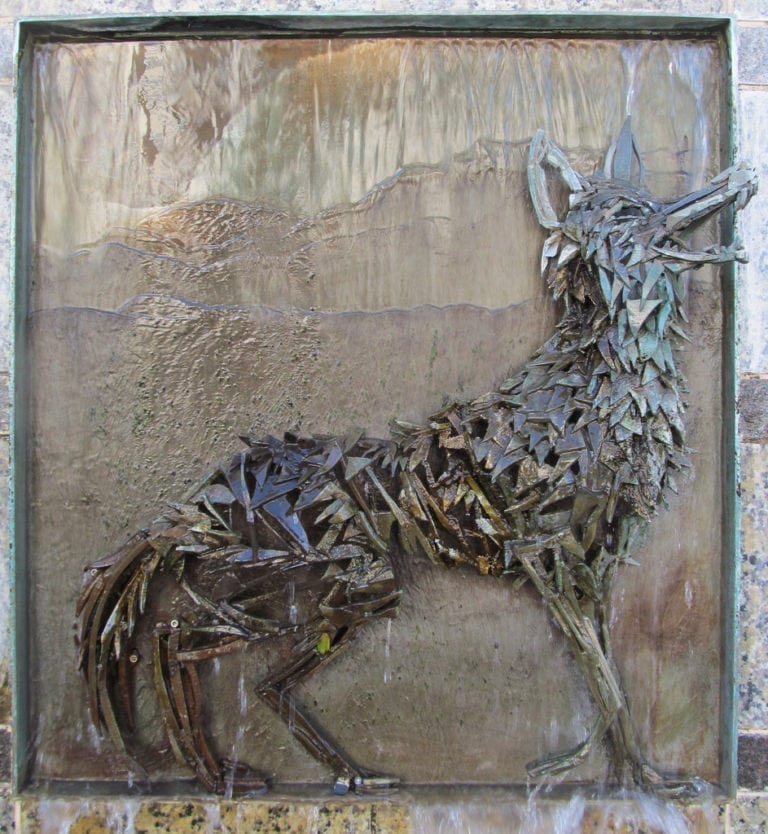 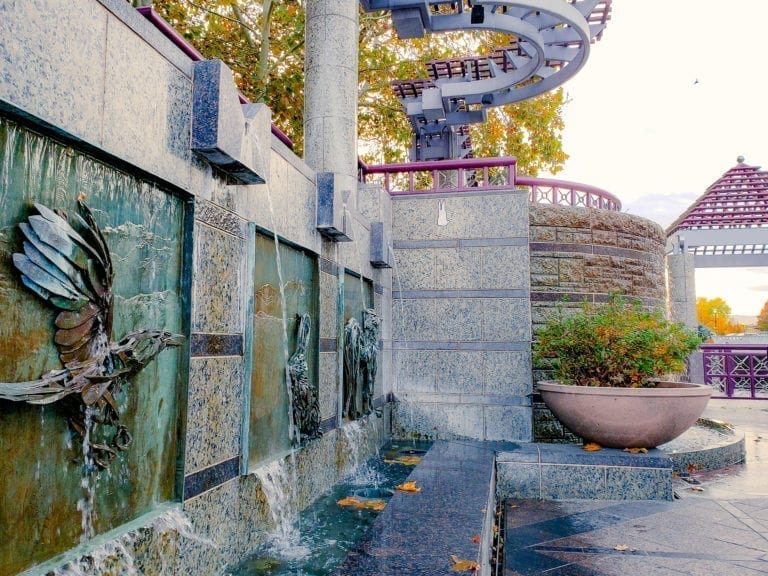 John Battenberg designed Creatures of Nevada, a complex, multi-part set of sculptures and fountain heads for the first block of the Truckee River Walk, at the southwest corner of Virginia Street and the Truckee River in Reno. Retired in 1985 as a professor of art from San Jose State University, San Jose, California, Battenberg moved his studio to Scottsdale, Arizona, in the early twenty-first century.

Born in Milwaukee, Wisconsin, in 1931, Battenberg was originally trained as a painter. He began to experiment with bronze-cast sculpture in the early 1960s, becoming one of a small group of sculptors doing their own bronze work in the United States at that time. Eschewing the abstract forms of his generation, Battenberg has always rooted his art in the depiction of real things. His subject matter often has political undertones, as he has sought to make statements about issues of social equality and justice, peace and war, and endangered environments and their inhabitants.

Creatures of Nevada was created in the period in the 1990s when Battenberg was examining issues of the environment with studies of wildlife, particularly scrappy predators such as ravens, hawks, and coyotes, and he sometimes invented fierce-looking creatures. The block-long work is located along a pedestrian platform below the main sidewalk, halfway down to the Truckee River itself, up against the south embankment wall of the river. Parts of the wall are fountains that tumble into a series of long, narrow basins running at the foot of the wall. Battenberg’s dozen panels, with one exception, each feature a single animal in cast and welded bronze—a bird of prey, a stag, a bear, a hare, a coyote, and a bighorn sheep. The panels are separated from each other by arcing rivulets of water. At the center is a wall of fountains, the outlets for which Battenberg designed and cast small animal heads. None of the figures is solid, and they seem to have been assembled of wood, bone, and strips of bark, but each has a significant dramatic presence. The practical result of the strips of material is that each figure is made up of many edges which suggest sharpness and a message to “keep away.” These are tough, resilient creatures in a hostile environment, not softened by their watery setting—it is symbolic of many such animals in Nevada. They are not reliefs, but separately realized sculptures, using the wall behind them as a dramatic foil. 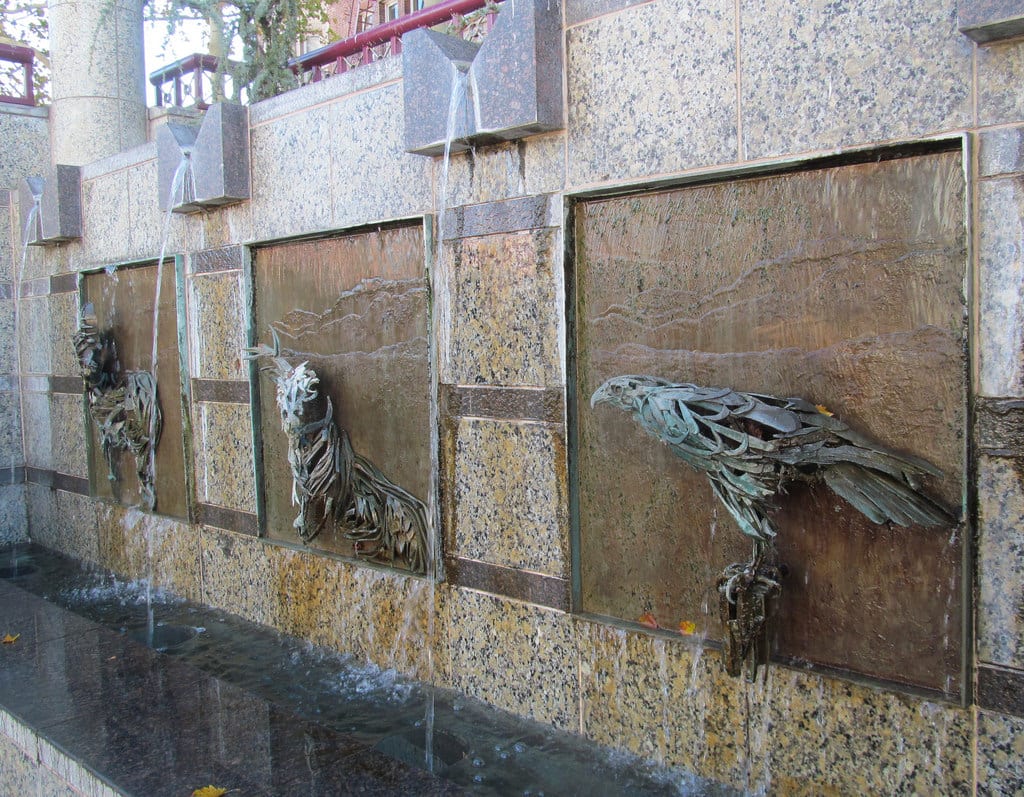 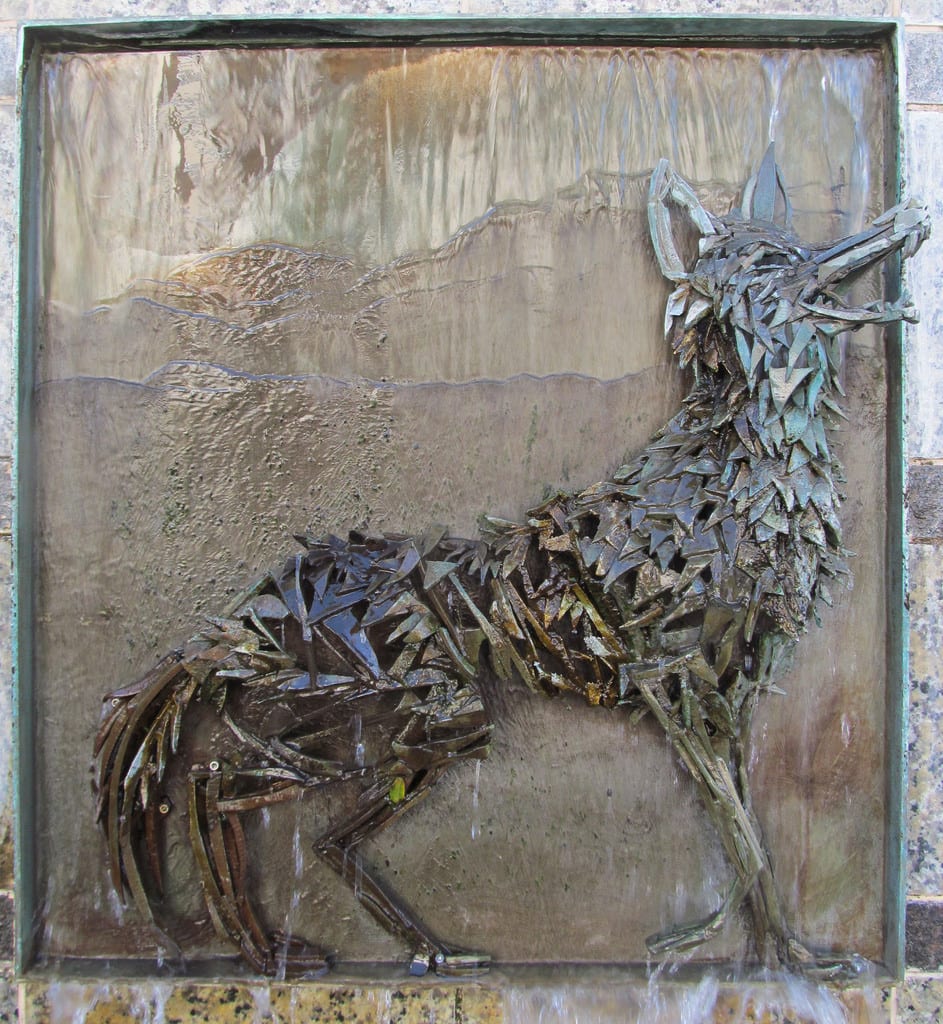 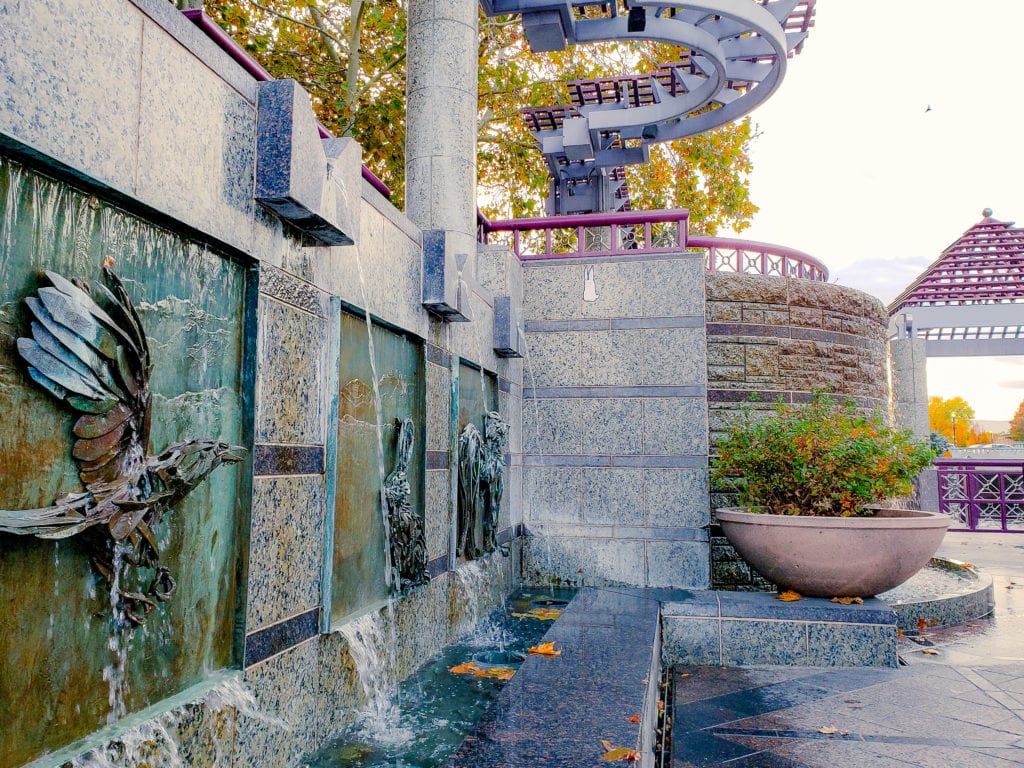