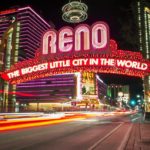 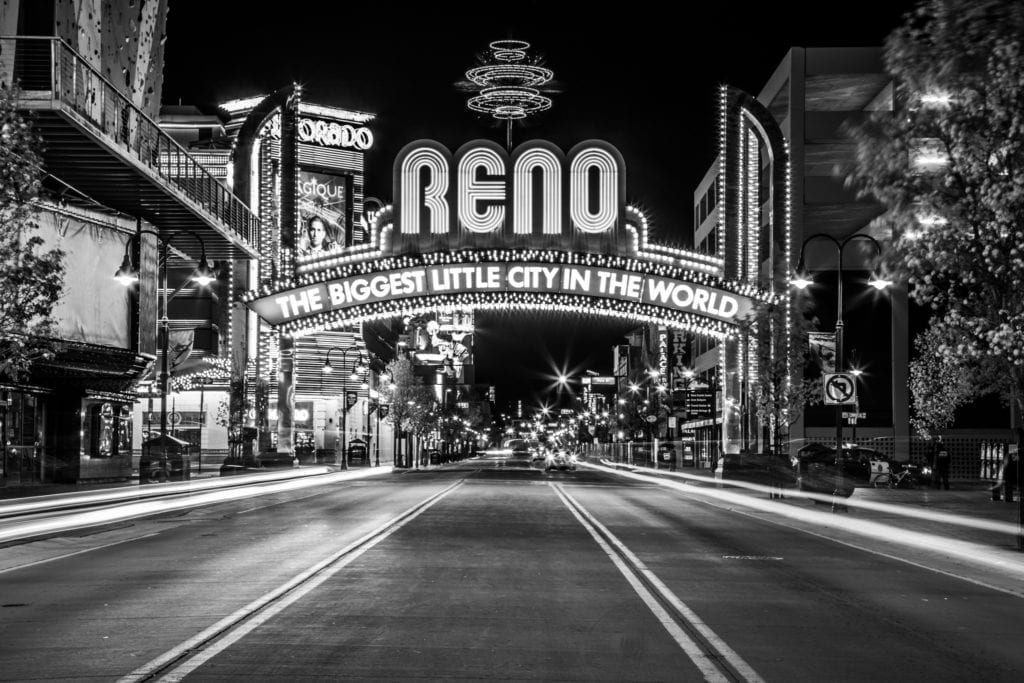 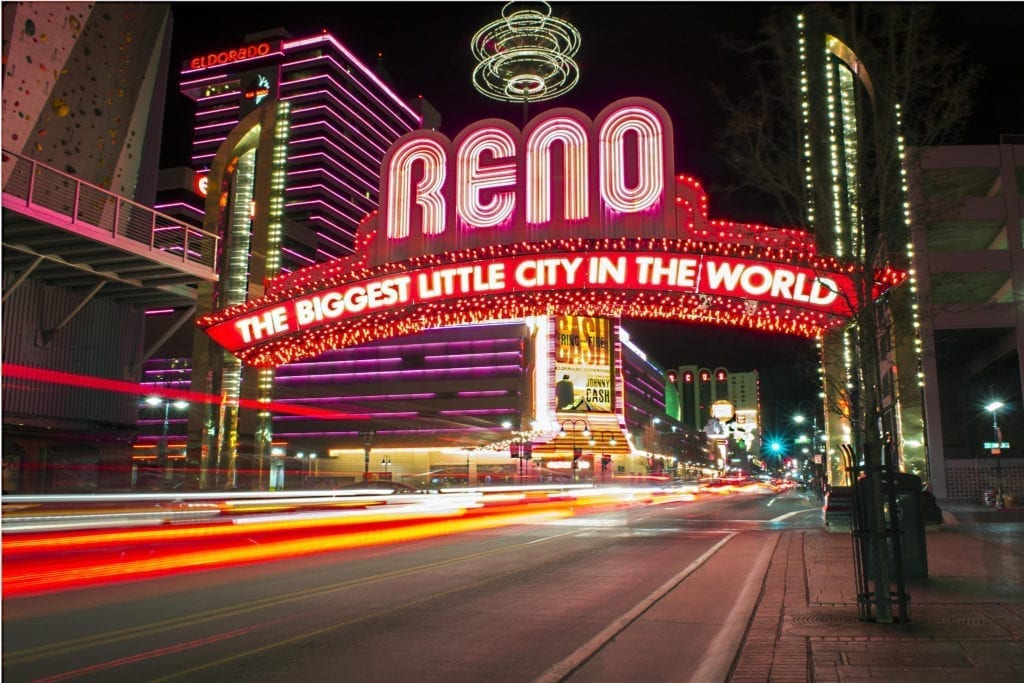 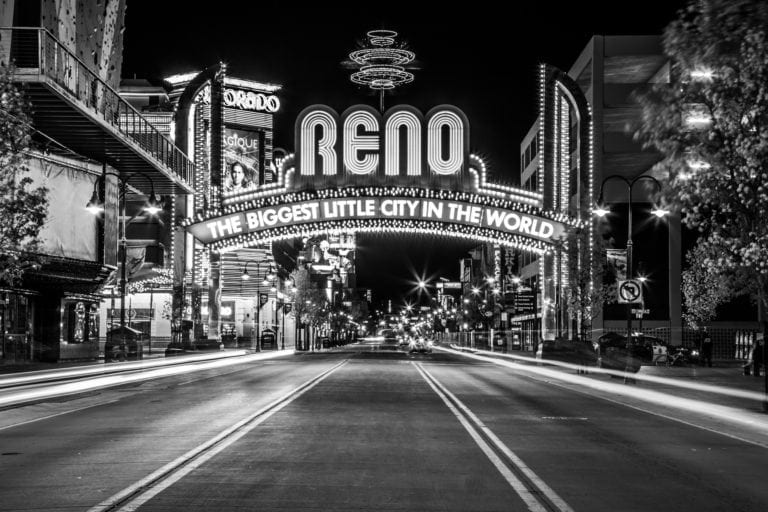 The Reno Arch is an iconic landmark in Reno, Nevada spanning Virginia Street at the intersection with Commercial Row. The current sign is the third version of the arch. It is owned and operated by the City of Reno. The original arch was built on October 23, 1926 to commemorate the completion of the Lincoln and Victory Highways. The current arch was installed on August 8, 1987, retrofitted with new lights on November 17, 2009 and had its design scheme revised to blue and silver on May 3, 2018. The arch is a prominent feature of downtown Reno and for most of its history has featured the city’s motto, The Biggest Little City in the World. 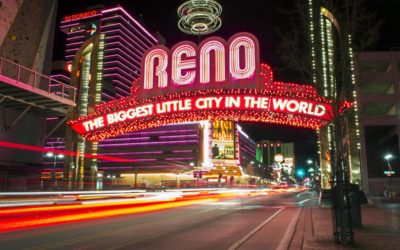 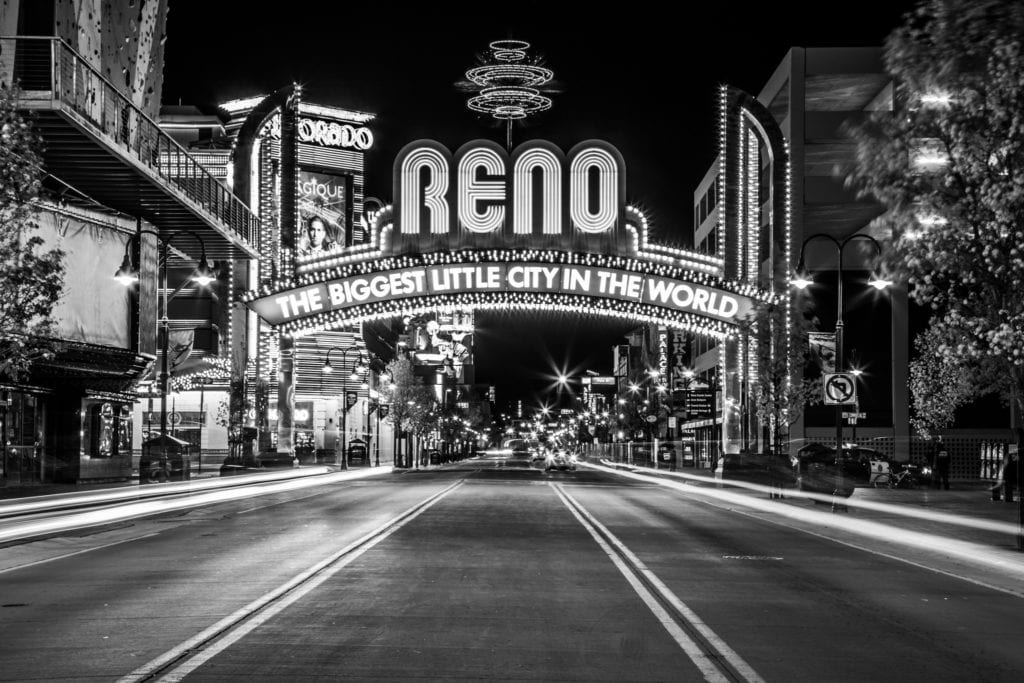